This article investigates 21st century disco and its nostalgic influences from 1970s and 1980s dance culture. First, it outlines the article’s argument that contemporary disco music, whilst being influenced by its musical past, has different meanings in the present, and that artists are combining past influences with their own innovations.
Second, it explores academic interpretations of nostalgia, and how these relate to popular culture. Third, it  analyses three albums that consciously incorporate 1970s and 1980s disco aesthetics: Daft Punk’s Random Access Memories (2013), Nile Rodgers and Chic’s It’s About Time (2018) and Dua Lipa’s Future Nostalgia (2020). It does this through a combination of analysing different media including artists’ stated intentions in interviews, lyrics and sounds. This opens a discussion of nostalgia in these albums, exploring what nostalgic feelings, specifically for 1970s and 1980s disco culture, can tell us about our present. Finally, it contextualises disco culture’s historical journey to the present. 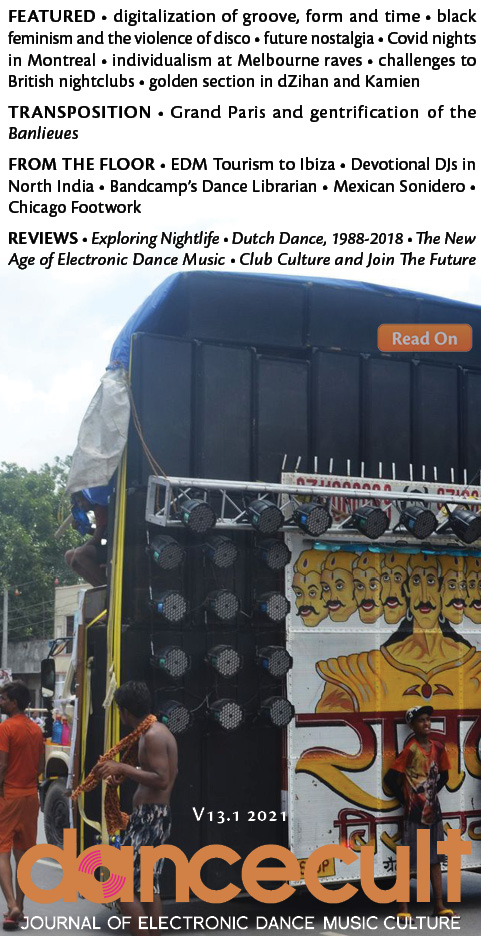