Off the Record: Turntablism and Controllerism in the 21st Century, Part 1

tobias c. van Veen, McGill University
tobias c. van Veen, b. 1978, is a renegade theorist and turntablist, practitioner of the technology arts, and doctoral candidate in Philosophy & Communication Studies at McGill University. Since 1993 he has disseminated and exhibited work in sound, radio & net-art, working with STEIM, the New Forms Festival, the Banff Centre, Eyebeam, VIVO, MUTEK, MDCN.ca, the Vancouver New Music Society and Hexagram. His writing on philosophy of technology, AfroFuturism & technoculture has been disseminated worldwide, appearing in CTheory, EBR, Bad Subjects, Leonardo, Locus Suspectus, FUSE, e/i, WIRE, HorizonZero, Dancecult and through Autonomedia, among others. His sound & net.art has been disseminated through Rhizome.org, Javamuseum.org, Kunstradio, BURN.fm, CiTR, Juniradio.net and Alt-X, with sonic and mix releases on No Type's BricoLodge and the and/OAR labels. From 1993-2000 he was Direktor of the sonic performance Collective [shrumtribe.com] in Vancouver. From 2002-2007 he was Director of UpgradeMTL [upgrademtl.org] and Concept Engineer at the Society for Arts and Technology [SAT.qc.ca]. He is co-founder of technoWest.org with DJ Dub Gnostic, controltochaos.ca with DJ FISHEAD, tri.phonic with Daniel Gardner and VJ Johnny Ranger, and thisistheonlyart.com with artist ssiess. His last exhibition, 'espaceSONO :: audio.lab', presented 36 global sound-artists in a uniquely constructed listening environment at the SAT[GALERIE] in Fall 2007 [upgrademtl.org]. His next publication, an edited volume tentatively titled  _Afrofuturism: Interstellar Transmissions from Remix Culture_, is forthcoming from Wayne State UP in 2011. He also mixes a mean absynthe martini. His research blog can be found at [fugitive.quadrantcrossing.org].
Bernardo Alexander Attias, California State University, Northridge
Bernardo Alexander Attias (Ph.D., University of Iowa) is Professor of Communication Studies at California State University, Northridge. His research is primarily in cultural studies, performance studies, and critical theory; his current projects focus on the legal, aesthetic, and cultural implications of the phonograph. He has been a DJ for over twenty years, spinning eclectic sets incorporating house, hip-hop, and drum 'n' bass as well as funk, jazz, and swing. He occasionally blogs at http://turntablepoetry.com. 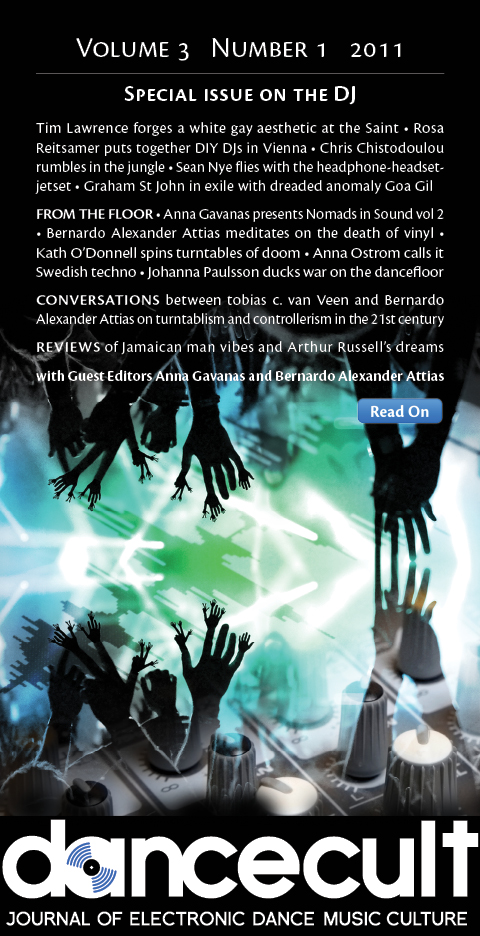