Victims Themselves of a Close Encounter: On the Sensory Language and Bass Fiction of Space Ape (In Memoriam)

This text is written in memoriam to dubstep emcee and poet Space Ape (Stephen Samuel Gordon, b. June 17th, 1970; d. October 2nd, 2014). By his own words, Space Ape arose from the depths of the black Atlantic, on a mission to relieve the “pressure” through bass fiction. My aim is to explicate Space Ape’s bass fiction as the intersection of material and imaginal forces, connecting it to a broader Afrofuturist constellation of mythopoetic becomings. Memory and matter converge in the affect and sounding of Space Ape the “hostile alien” (“Space Ape”, Burial, 2006), a figure shaped at the intersection of the dread body, riddim warfare, and speculative lyricism. Space Ape set out to “xorcise” that which consumed him from within by embracing the “spirit of change”. Turning to process philosophy, I demonstrate how Space Ape’s bass fiction—his virtual body—activates the abstract concepts of becoming in the “close encounter” with the hostile alien.

tobias c. van Veen, Université de Montréal
tobias c. van Veen, b. 1978, is a renegade theorist and turntablist, practitioner of the technology arts, and SSHRC Postdoctoral Researcher in Communications at the Université de Montréal. Since 1993 he has disseminated and exhibited work in sound, radio & net-art, working with STEIM, the New Forms Festival, the Banff Centre, Eyebeam, VIVO, MUTEK, MDCN.ca, the Vancouver New Music Society and Hexagram. His writing on philosophy of technology, AfroFuturism & technoculture has been disseminated worldwide, appearing in CTheory, EBR, Bad Subjects, Leonardo, Locus Suspectus, FUSE, e/i, WIRE, HorizonZero, Dancecult and through Autonomedia, among others. His sound & net.art has been disseminated through Rhizome.org, Javamuseum.org, Kunstradio, BURN.fm, CiTR, Juniradio.net and Alt-X, with sonic and mix releases on No Type's BricoLodge and the and/OAR labels. Tobias is former Managing Editor of Dancecult: Journal of Electronic Dance Music Culture. He also mixes a mean absynthe martini. His research blog can be found at [fugitive.quadrantcrossing.org]. 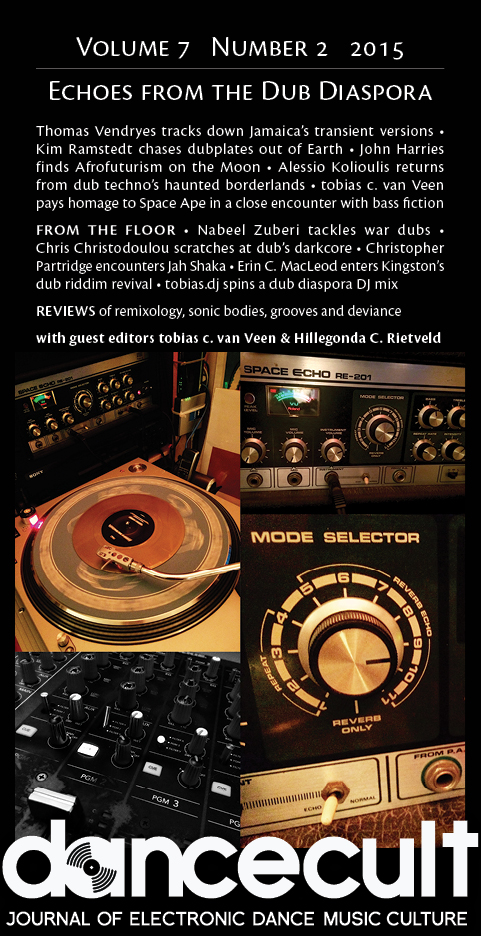